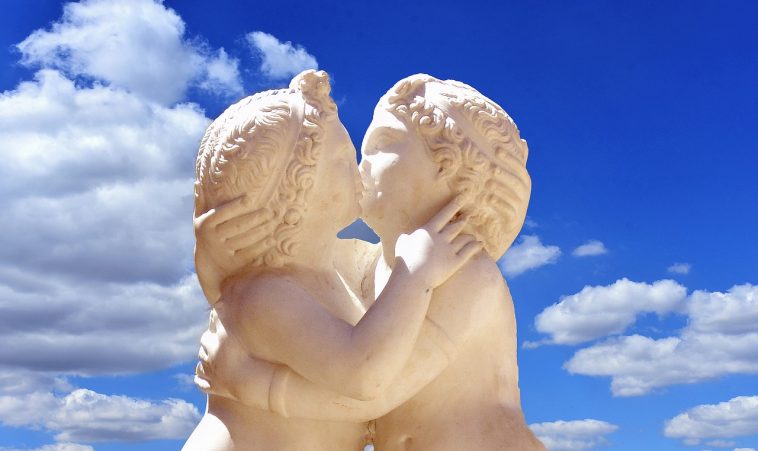 Wherever your first romantic encounter happened, the chances are you remember everything about it…the place, the smells, the taste, what you were wearing, the feeling of lips blending, the music playing and the sense of intimacy and hope for the future. It probably happened when you were a teenager. It’s fun to be romantic about that debut, but did you know it was cascades of neurochemicals in your brain that provided the experience?

It won’t take away from the mystery of love to know this, but it will help us understand why some emotions and experiences are so strong and form such lasting memories.

So what happened back then? At the first glimpse of the object of our desire, our heart beat a little faster and we may have ‘glowed’ more or started to perspire. That was our arousal state firing up with adrenaline. The anticipation of the pleasure and reward that drove us to engage with someone new, was induced by teh go-get-it neurochemical do dopamine. (This video link is an interview with the experts who discovered the wanting and liking aspects of desire mediated by dopamine.) Dopamine helps to embed the memory of an emotional event, especially if we keep thinking or talking about it. Teenagers produce more dopamine than adults or children and are more sensitive to it.

The pleasurable sensations of the kiss and embrace themselves would have come from the flood of opioids in the reward centre that would have spurted just after the dopamine. Again, as with dopamine, teenagers produce more opioids than adults or children.

The feeling of bonding and trust that comes when we let someone be close or intimate is from oxytocin. If you felt happy and content at the thought of having found a possible mate, it was probably induced by the increased levels of serotonin in the brain. It operates when we feel content or a sense of position in the social hierarchy, such as having found someone to love, the chance to be a couple. Any headache or pains would have disappeared as endorphins kicked in to mask the pain.

You will have remembered this emotional event so well because, to your primitive brain, it was a life-changing event. It will have forged a strong memory pathway in your brain, reminding you of the pleasant feelings and encouraging you to repeat the behaviour again and again.

If your sweetheart got back in touch and wanted a date, your heart would have skipped a beat all over again along with the cycle of happy neurochemicals in anticipation of pleasure and your thoughts of a possible happy future together.

If however, he or she wasn’t really interested in another encounter, you would probably have produced cortisol, the stress neurochemical also linked to depression. Thinking non-stop in a manic way about the person or situation, what you/they did or didn’t do, may have resulted from the effect of low levels of serotonin. This is found in obsessive compulsive disorder too. Anger at the frustration of our goal or desire can lead to mental health impairments if we don’t learn to think differently about the situation.

Learning to be content and not be seeking a constant ratcheting up of stimulation is a key life lesson to learn. So is learning to manage our thoughts, fantasies and emotions.

A book by Loretta Breuning called “Happy Habits of a Happy Brain” and her website provide a fun introduction to our happy and unhappy neurochemicals.